The London Adventure Play Awards celebrate excellent adventure playgrounds – their importance to their communities and the special role they fill in children’s lives.

Since 2011 this event has taken the form of a film premiere, showcasing short films made by the  children who play at London’s best adventure playgrounds.

Groups from all the shortlisted playgrounds are invited to a screening of their films and to watch awards and prizes announced in a messy, fun, joyous event hosted in recent years at the Prince Charles Cinema in the West End.

You can explore here to find out about the reigning champions, previous winners – and how to enter your playground for next year’s awards.

London Adventure Playground of the Year 2020

Three London adventure playgrounds that went to extraordinary lengths to keep children playing  – and in some cases, fed too – during the ongoing coronavirus pandemic are announced as joint winners of the coveted London Adventure Playground of the Year Award 2020.
Read More 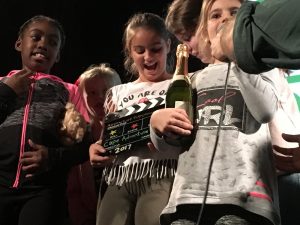 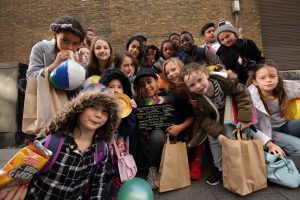 We have loads of free tips and resources for playgrounds, play workers and anyone passionate about adventure play. Click here to go to our Resources section